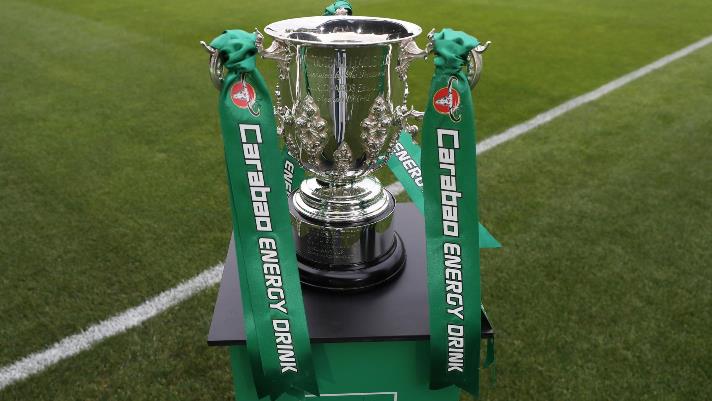 Again, football lovers can look forward to what could be the first step of a ‘treble’ from Manchester City, as they face Tottenham Hotspur in the final of the 2020-21 Carabao Cup on Sunday 25 April at Wembley Stadium.

Man City are looking to win three trophies this season: the Carabao Cup, Premier League and UEFA Champions League. It could have been four, but they exited the FA Cup at the hands of Chelsea in last weekend’s semi-finals.

City head to Wembley for the second weekend in a row as they face Tottenham, with both teams bidding to win the season’s first piece of domestic silverware.

Pep Guardiola’s side have won this trophy in each of the past three seasons and will be looking to match Liverpool’s record of four consecutive triumphs between 1981 and 1984.

Spurs, who parted company with manager Jose Mourinho at the start of the week, are looking to lift their first trophy since winning this competition in 2008.

Eight days after losing an FA Cup semi-final at Wembley, Pep Guardiola’s return as hot favourites to win the League Cup for a fourth consecutive season.

City have won 29 of their last 32 matches in all competitions, although two of their three defeats in that run have come in the last four matches, against Leeds United in the Premier League and Chelsea in the aforementioned semi-final.

Now they have the chance to win the Carabao Cup for a fourth successive season (and a fifth time from the last six campaigns), though manager Pep Guardiola comes into the match defending his team selection from the Wembley defeat to the Blues.

“When a team arrives in the final stages of all the competitions, when this team, wins four finals in a row in the Carabao Cup, you can’t say that. Just say we lost the game,” said the Spaniard.

Tottenham, meanwhile, come into the game in disarray after sacking manager Jose Mourinho and his technical team early this week – hardly the best preparation as they look to win the Carabao Cup for the first time since 2008 and a fifth time overall.

“Jose and his coaching staff have been with us through some of our most challenging times as a club. Jose is a true professional who showed enormous resilience during the pandemic,” said Spurs chairman Daniel Levy.

“On a personal level I have enjoyed working with him and regret that things have not worked out as we both had envisaged. He will always be welcome here and we should like to thank him and his coaching staff for their contribution.”

Viewers on DStv can see all their favourite stars from the African continent dominating Carabao Cup pitches across England.

Kevin De Bruyne – Man City’s Belgian playmaker is a man for the big occasion and will be aiming to stamp his authority on this clash in Wembley. If De Bruyne can get on the ball and orchestrate the Citizens’ attack with freedom, then a fourth straight Carabao Cup is surely theirs for the taking.

Harry Kane – If Tottenham are to have any realistic chance of upsetting Man City in this final, then they will need their big players to come to the party, especially captain Harry Kane. The England striker will be desperate to win a first piece of major silverware with his beloved Spurs.

In head-to-head stats, Man City and Tottenham have met in 163 matches across all competitions since their first clash back in 1909. The Citizens have claimed 64 wins compared to 63 for Spurs, while 36 games have been drawn.

The teams have met twice in the Premier League this season, with Tottenham winning 2-0 at home in November 2020 before City claimed revenge with a 3-0 triumph in the return game in February 2021. The clubs’ last meeting in the Carabao Cup was in December 2007, with Spurs winning 2-0 away from home in the fifth round, en-route to winning the competition that season.