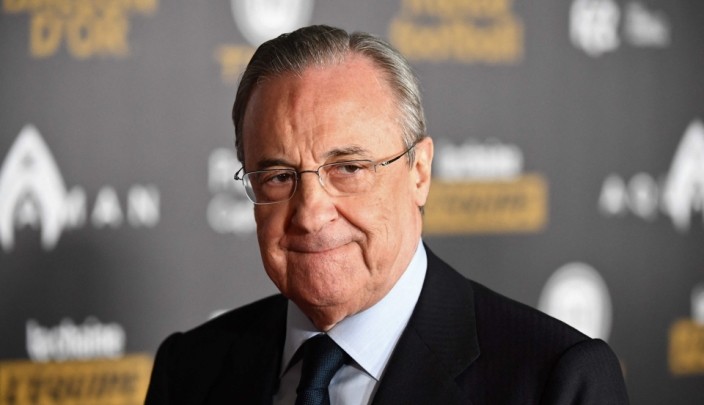 Speaking on Spanish radio program El Larguero, Perez insisted that “we are going to keep working” and the clubs that had publicly announced their withdrawal from the project “have not left yet”.

The European Super League was announced on Sunday but collapsed from Tuesday night when the Premier League’s Big Six clubs withdrew from the breakaway project.

From the original 12 ‘founding members’ Real Madrid and Barcelona are the only side who are yet to withdraw or change their stance.

A defiant Perez, who was also appointed president of the European Super league, said the clubs that had announced their departure from the project “have not left” as “nobody has yet paid the penalisation fee for leaving”.

“We are going to keep working,” he said. “We are looking for ways of getting this done. It would be a shame not to get it done.”

“I have never seen aggression greater on the part of the president of UEFA and other presidents of LaLiga, it was orchestrated, it surprised us all. I have never seen anything like it — insults, threats, as if we had killed someone, killed football.”

Perez also admitted “one of the English clubs were never really convinced”.

“There was someone in the English 6 clubs who did not have much interest,” the 74-year-old said.

“That started to affect the others, there was fear.”

“I am a bit sad, disappointed. We have been working three years on this project, on fighting the current financial situation in Spanish football. It is easy to understand — you cannot touch LaLiga, so you look for more money midweek and the Champions League format is obsolete.

“The problem is they (Aleksander Ceferin) killed us the very next day, with terrible aggression.

“We have made some mistakes for sure. But they knew what we were going to do, and were waiting for us. Those who do not want to lose their privileges.

“The English Prime Minister said things, then the fans — people wanted to damage us. But when all this passes, and we see the reality, lets see what happens.

“These clubs are going to lose millions of euros, and cannot do that, apart from those in England.

“The founder clubs believed in this project. It is not dead. We will keep working.”

Manchester City midfielder Ilkay Gundogan raised concerns over plans to change the Champions League by adding more matches, saying it was just the “lesser of two evils” compared to the European Super League.

Real Madrid, Barcelona and Juventus have not withdrawn from the European Super League, although Juventus chairman Andrea Agnelli said the project could not now proceed.

“We will speak more about it when the time comes but for now we understand there is a need for it, even though our members will have the final say,” Laporta told Catalan network TV3.

“Big clubs contribute a lot of resources and it’s absolutely necessary that we have our say on the distribution of money in European football.”

Laporta was named Barcelona president for a second time in March, taking the helm of a club in heavy debt.

Javier Tebas, president of Spain’s LaLiga, said: “If the European Super League was good for football, as Perez has said, they wouldn’t have done it behind our backs.”

On whether there would be sanctions from LaLiga for the Spanish clubs, Tebas added: “We are not talking about sanctions.

“Everyone wants to cut people’s heads off. We have to have a procedure and we have to see how it looks in the end. These clubs have been sanctioned by their own fans.”

Perez reiterated that the European Super League was created “to save football”, having also previously said the move had been made because young people were “no longer interested in football” because of “a lot of poor quality games”.

He added he was “sad and disappointed” by the reaction to the project, which the clubs have been working on “for around three years”.

He accused Uefa president Aleksander Ceferin and various countries’ footballing authorities of “aggression” and “threats” towards the ESL.

A revamped 36-team Champions League, starting in 2024, was agreed on Monday, although the European Super League teams had said in its announcement of Sunday it did not think Uefa’s reforms went far enough.

“The Champions League format is old and only interesting from the quarter-finals onwards,” said Perez.

Laporta said talks with domestic leagues and Uefa remain necessary, and suggested the European Super League would not be a closed off competition.

“It must be an attractive competition based on sporting merits,” he said.

“We also will defend national leagues and we’re open to having an open dialogue with Uefa.

“We always want to improve football and have the necessary revenues to ensure football remains a spectacle. If the big clubs don’t continue to have large revenues then football will suffer.”