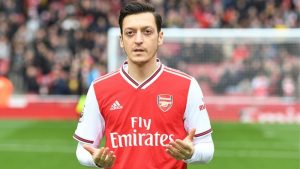 Arsenal has loaned 32-year-old midfielder Mesut Ozil to Juventus for six months and will reduce his salary to support the move.

Manchester United have dropped their interest in Bayern Munich’s David Alaba, who could arrive on a free transfer at the end of the season. United fear price for 28-year-old Austria international.

Liverpool and Netherlands striker Georginio Wijnaldum, 30, has asked the club to give him time before deciding on a new contract.

West Ham boss David Moyes is hopeful 21-year-old Declan Rice will turn down an offer from Chelsea if he is offered a new contract.