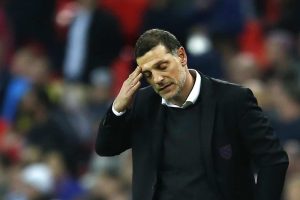 In a post on its website, West Brom said Assistant Coaches, Dean Računica and Danilo Butorović, and First Team Coach Julian Dicks have also left the club with immediate effect.

The Baggies thanked Slaven and his coaching staff for their efforts in achieving promotion last season and wished them all well in the future.

The Premier League also stated that it will make no further comment at this time.

The Baggies are currently 19th in the Premier League table with seven points from 13 fixtures.

Bilic sacking is coming a day after an impressive 1-1 draw against Pep Guardiola‘s Manchester City at the Etihad Stadium.

Naija News understands that the decision to sack Bilic and his coaching staff was reached during the weekend but COVID-19 testing would have made it impossible to name a replacement before the Man City game.