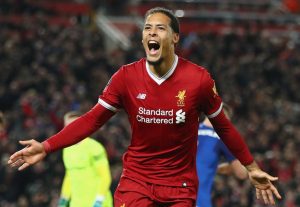 English Premier League club, Liverpool is about to welcome back on the pitch its world-class Dutch Professional footballer, Virgil van Dijk, as the player appeared in new video training with a ball.

It could be recalled that the Netherlands national team captain underwent surgery on his knee in October 2020, following a knock out by Everton goalkeeper, Jordan Pickford in their Merseyside derby clash on October 17.

Liverpool has since reported that the 29-year-old centre-back is focusing on his rehabilitation with the support of the club’s medical experts.

A recent video seen by Naija News on ECHO has shown VVD training with a ball while he also engages himself on other workouts to aide his recovery.

Watch the video below: