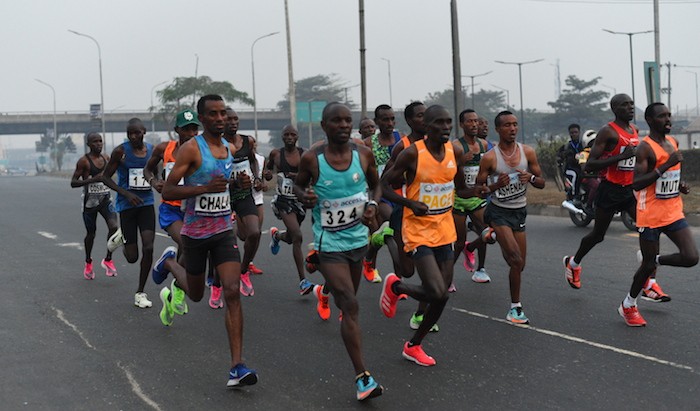 According to an official statement released by Olukayode Thomas, Head Communication and Media for the Access Bank Lagos City Marathon, over 95% of the elite runners have already arrived in Lagos.

Thomas confirmed that the 2019 Women champion, Meseret Dinke and fellow Ethiopians Sechale Dalasa, Motu Megersa and Obse Abdeta have all arrived from their respective bases.

Obse was among the top ten finishers at the last Standard Chartered Dubai Marathon where she posted an impressive time of 2:29:30.

The 21-year old was also present at the 2019 Toray Cup – Shanghai International Marathon where her (2:27:47) finish time was good enough to make it to the podium.

Thomas also confirmed the arrival of the Kenyan quartet of Jane Seurey, Winny Jepkorir, Esther Macharia and Salina Jebet who will all be jostling for the thousands of dollars up for grabs in the Lagos race.

Salina was the winner of the 2019 Marathon Eiffage de Dakar, Dakar and was also part of the 2019 International Peace Marathon, Kigali and Asics Firenze Marathon, Firenze in the same year.’

Aside from eyeing the top prize in Lagos the elite women runners will also be gunning to erase Sharon Cherop’s course record of 2:37:52 set the last year 2020.

For the men’s category, Cosmas Kyeva, Jackson Kotut, Evans Kipkosgei Ruto, Julius Tuwei and Emmanuel Naibei all from Kenya are among the early arrivals in Lagos for Saturday’s World Athletics Silver Label Race.

Now in its sixth edition, the Access Bank Lagos City Marathon, the biggest one-day event in Africa usually attracts over 100,000 runners, but the number has been reduced to just 300 runners for the 2021 edition slated for April 10.

Organisers have however perfected plans to have many others be part of the excitement by participating in its virtual race.