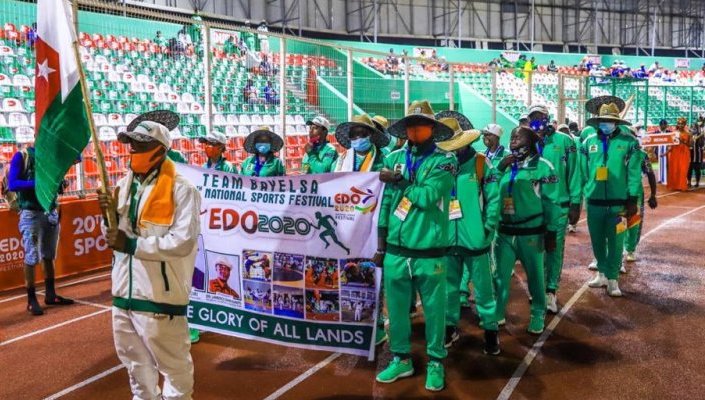 The Local Organising Committee for Edo 2020 announced that the games is billed to end on the 14th April, but will now end by 12 noon on Thursday 8th April due to lack of support from the federal government.

According to the Project Manager, Media & Communications, Edo 2020, Ebomhiana Musa in a statement, the LOC regrets to announce that it will end the games abruptly tomorrow, Thursday, April 8, 2021 for lack of funds.

“Rising from an emergency meeting on Wednesday evening, the LOC says it has to take this hard decision due to lack of funds having expended its reserves to kick-start the games.

“Regrettably, the FG is yet to redeem its pledge to support us as the host state financially for the cost of postponements. So, we are left with no option than to end the games at noon on Thursday”

Minister of Youth and Sports Development, Sunday Dare, disclosed two months back that the Federal Government will offer financial assistance to the Edo State Government in hosting the National Sports Festival. This promise has not been fulfilled promoting the ugly development at the festival.

Recall that the National Sports Festival was postponed several times until it finally commenced last week.